For the latest information on COVID-19 travel restrictions in Queensland, click here.

It is also one of the Gold Coast's oldest suburbs and boasts a superb range of established gardens and giant leafy trees. Many regard Southport's residential areas as being the Gold Coast's Toorak / North Shore as you'll find many stately homes set on large blocks of land, often with river frontage or fantastic views.

The newly developed Southport Broadwater Parklands provides the suburb with a sheltered seaside precinct to rival Brisbane's South Bank with a fantastic playground nearby.

Browse through the below sections to find out more:

The streets are 'green scaped', the people are friendly, the sky is usually bright blue, the air is clean and the patrolled surf beach is 2 minutes away by car.

Southport is home to two of the Gold Coast's oldest private schools. TSS 'The Southport School' an all boys school with expansive grounds and riverfront position and St Hilda's the only all girls school which started up in the early 1900s.

Southport is rapidly becoming one of the Gold Coast's real estate development hot spots with 11 highrise buildings scheduled to grace our streets and house the Gold Coast's booming population. These new high-rises such as Brighton On Broadwater and Pivotal Point are a mixture of residential and commercial buildings. 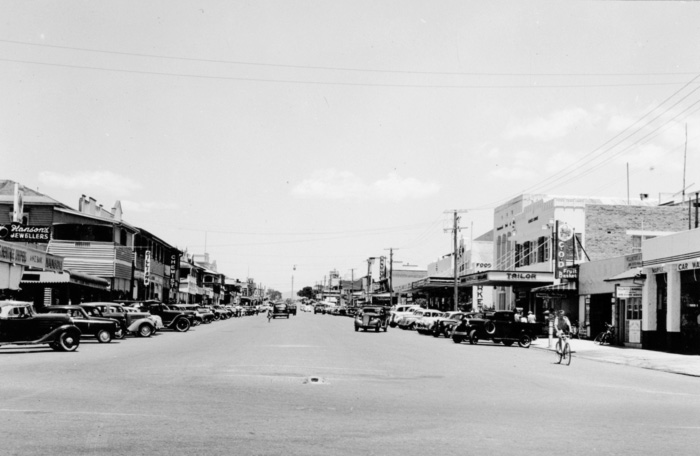 Richard Gardiner was the first European to settle in the area which was known as Nerang Creek Heads. In 1869, Gardiner built a home and a wharf at the river end of Queen St. Following Gardiner's lead, the Loder family joined him, then many others.

The village was renamed Southport in 1875 after the English seaside resort town. By 1890 the suburb had become the place for the social set, mainly due to its beautiful views and perfect weather. Beautiful one day, perfect the next. The tiny resort town flourished as the Council encouraged the development of kiosks, swimming baths, sideshow amusements and a theatre.

The Southport Jetty was finished in 1880 and was a very important link as the steamers and cutters were still the main means of contact. During this burgeoning era some of the Gold Coast's landmarks were erected — The Southport School, St Hilda's which was known then as Goyte-Lea and the Court House.

Southport developed as the Gold Coast's central business district due to its accessibility to the sea and rail. The suburb continues to be the main hub of business on the Gold Coast.

Southport locals have access to many recreational parks, dog parks and bikeways. They are also close to the Broadwater where there are water sports a plenty to indulge in. One favourite haunt of local's is the Southport Swimming Enclosure located opposite Australia Fair. This is a safe swimming area and is adjacent to a fantastic children's playground.

Southport is also home to many sporting clubs and events. The Gold Coast Marathon runs through the streets of Southport during July and the Gold Coast Triathlon is held each February. The Southport Surf Lifesaving Club (SLSC) is a great club for little kids, teens and the elderly. To date the club has won a world championship, six Australian championships and 19 Queensland championships.

Southport is also home to the Southport Sharks, the Gold Coast's premier rugby team. The Sharks are well supported and have a fantastic clubhouse, gaming area, restaurant and gym.

Southport is the hub of the Gold Coast's specialist medical enclave with over 200 medical specialists, two large hospitals and several high rise medical office buildings. Southport is the home to two of the major hospitals on the Gold Coast - Allamanda Private and Gold Coast University Hospital. The area also is supported by various private practices, dentist clinics, radiology and pathology labs and chemists. Recently, Griffith University has added their Medicine School to the area as well.

Australia Fair shopping centre is a multi level complex. The facility has everything - mens and ladies fashion, jewellers, supermarkets, pet store, food courts, toy shops and the list continues. There is also Event Cinemas which are very popular on Friday and Saturday nights. Close by is the Southport Mall which blends cafes and retail into one.

Further down the road, The Brickworks is home to the ever popular Ferry Road Markets. It's not your average market as it's houses a deli, butcher, fruit and veg, fishmonger with Japanese restaurant, tea shop, coffee shop, restaurant and cafe all in glam surroundings. In the surrounding area you'll find great clothing and lifestyle boutiques, bottle shop, home wares, chemist, toy shop and much more. If you love outlet shopping, TK Maxx is a great place for affordable designer labels.

Dispersed throughout the suburb there are small clusters of shops and corner stores - selling fruit and vegetables, magazines and take away food.

Southport Park is a great place to do the weekly groceries. As well as Woolworths & Aldi, the centre has all the basics like bakeries, chemists, GP clinic, fruit and veg shop, a discount store, Optus store, cafes and many more specialty stores, and will soon have a Coles. Most locals do their shopping here and it's not uncommon to meet up with old friends in the aisles of Woolies.

Southport Golf Club is an 18 hole, par 71 course and it boasts some of the best short holes on the Coast. Located off Slatyer Avenue, find out about becoming a member here.

Free things to do