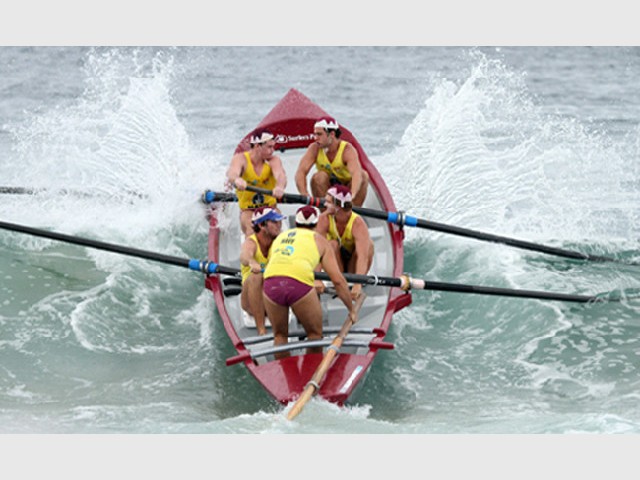 Each November, Round 1 of the Navy Surf Rowers National Premiership is staged at Surfers Paradise, with elite crews from around Australia delighting the on-shore crowd as they push their boats and themselves to the limit.

Not to mention the official competition and a mix of crowd pleasing race formats, including a stunning ‘shotgun start’, with 35 boats hitting the water simultaneously, and the daredevil ‘expression session’.

Surf boats,traditional surf lifesaving vessels, are crewed by four rowers and a ‘sweep’ that steers the boat with a tiller.

While the introduction of inflatable rescue boats spelt the retirement of surf boats as rescue vehicles, the culture built up around the boats has ensured they remain central to surf lifesaving competition.