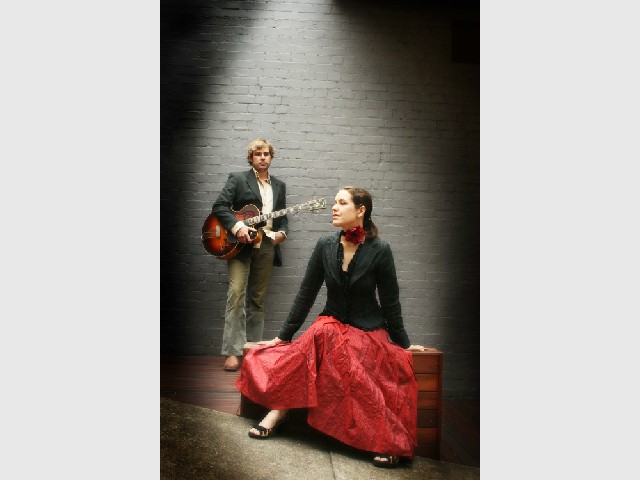 Guitarist Aaron Hopper and vocalist Kacey Patrick have become one of the most highly regarded performance duos in Australia.

Refined and sophisticated performers and unique arrangers of every musical genre, stringmansassy have expanded the realm for guitar and voice, proving that it is possible to create an astonishing musical atmosphere with a small ensemble.

Stringmansassy’s album Beautiful Day featured on major radio networks throughout the Australia with the title track included on the ABC national play list.

They have toured extensively internationally and throughout Australia and performed at some of the most prestigious venues and festivals in Australia and around the world.

And yet, they always create a world of their own, in which passion flows like an electric current and each nuance of music is played with conviction and belief.

Support act Owen Van Larkins is a talented guitarist who plays a modern fusion of traditional styles and has received critical acclaim for his ability to create beautiful musical soundscapes.  Van Larkins is presented in collaboration with Fretfest.