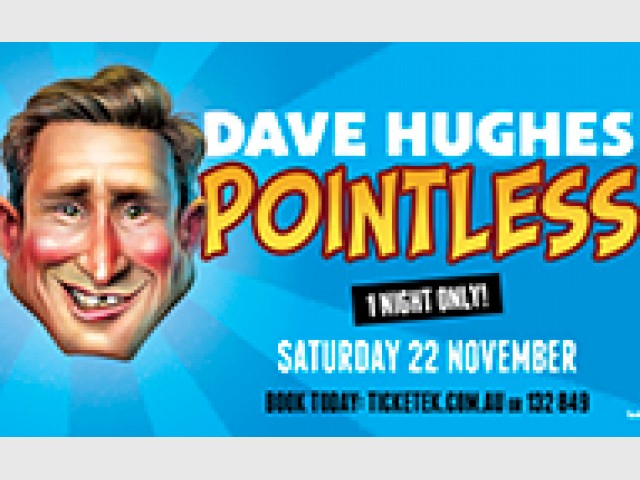 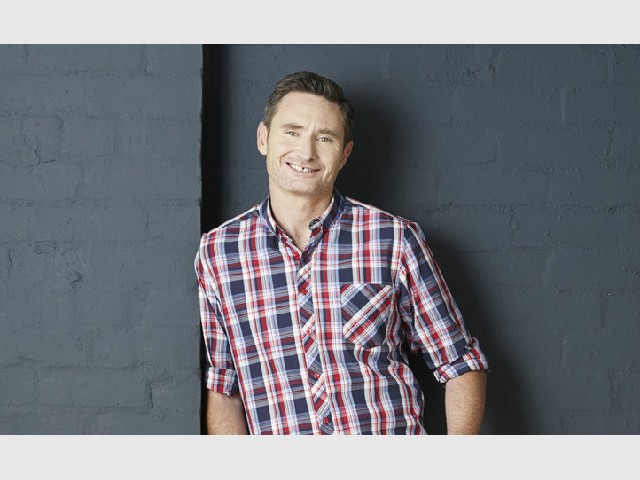 At the end of 2013 Dave Hughes made the call that this year would be all about stand-up.

Soon after he made the call to finish up on TV’s boldest experiment, Network Ten’s The Project, after nearly five years at the desk. Hughesy has said goodbye to over a decade of pre-dawn starts with his final Nova Melbourne breakfast shift last year. He was in the enviable position of going out on top as the Number 1 rating show in Melbourne and still firing.

Despite his relentless media schedule Dave has never really left stand-up, getting up on stage whenever he could find a moment. Over the years Dave has always loved jumping on a plane to check in with his Queensland fans and he can’t wait to get to the Gold Coast, with his brand new show Pointless at the Gold Coast Convention & Exhibition Centre on Saturday 22 November.

The simplicity of stand-up has always suited Dave – he is in his element when it is just him, a microphone and a full house. Hughesy is simply one of the best stand-ups we have ever produced and now is the chance for Queensland audiences to catch him in peak form after he performs at Montreal’s Just for Laughs Festival, Edinburgh Fringe Festival and London’s West End.

For a night of comedy gold you can’t look past this laid back legend of Australian Comedy.

“Dave Hughes is one of the funniest men in a city that has produced many of Australia’s funniest people.” Sunday Telegraph, Sydney